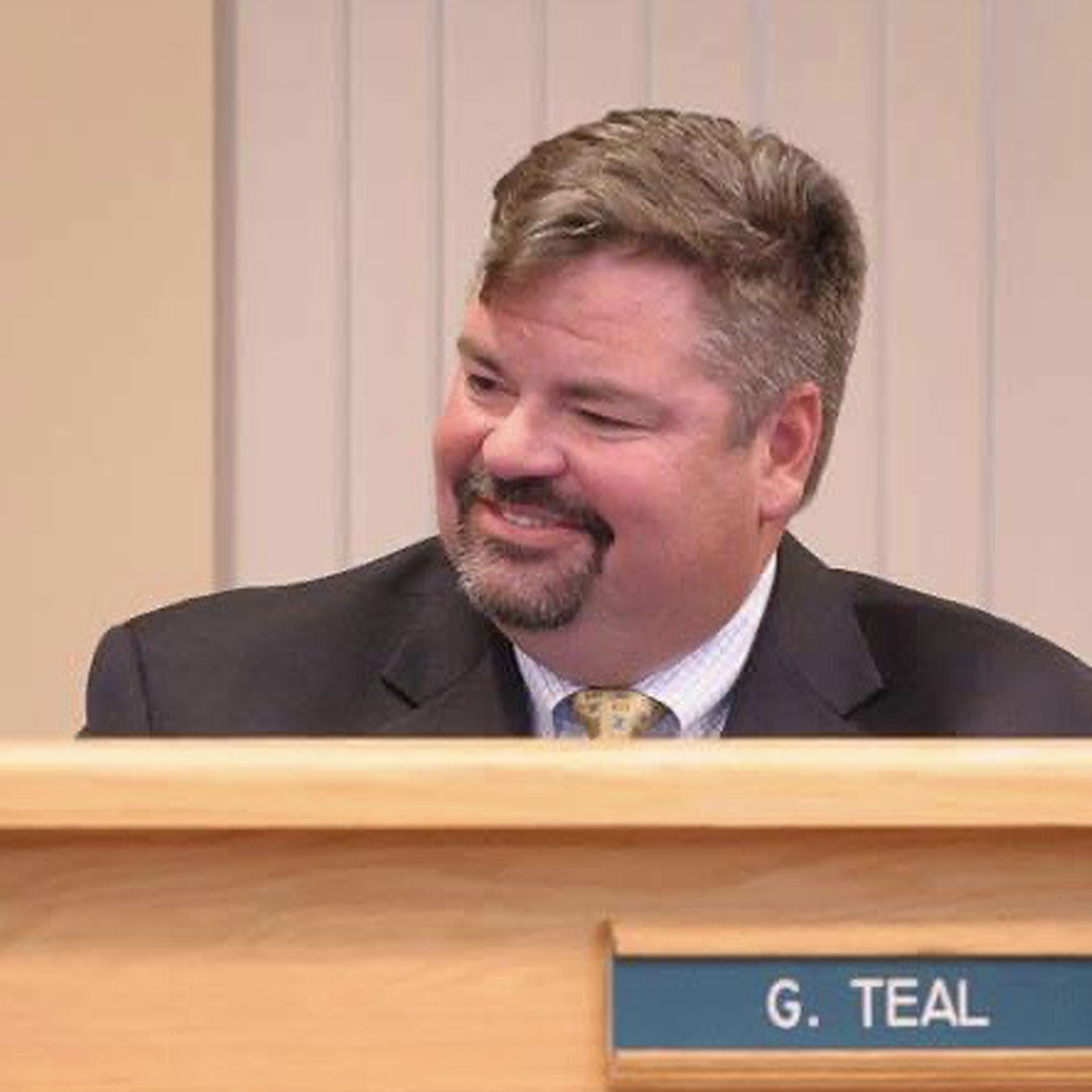 George Teal is a 1986 graduate of Greeley Central High School. After graduation, George enlisted in the U.S. Army as a Rifleman. He is a Veteran of Operation Desert Storm and paid his way through college on the G.I. Bill, having earned his bachelor’s degree in History from the University of Northern Colorado. After college, George returned to active duty and served as an officer with the Army’s 25th Infantry Division until 1997.

In the 10 years he served our nation, George started as a private and rose to the rank of 1st lieutenant, having earned numerous accommodations and awards. An Army ROTC Distinguished Military Graduate and active duty, wartime Infantryman, George is humbled by his time leading men in service to our great nation.

After leaving active duty, George and his wife, Laura, returned home to Douglas County in 1997 and have lived in Castle Rock, Colorado for over 20 years.

The Teals have two children – a daughter, Laurel, who is working on her second master’s degree at the University of Colorado-Denver.  Their son, George Jr., is an Eagle Scout, graduate of Douglas County High School and is attending the Sturm Collaboration Campus in Castle Rock.

George served as an assistant Scoutmaster with Castle Rock’s Troop 780, earned his Wood Badge (the highest achievement for adult Scout leaders) and is an NRA-certified firearms instructor with the Boy Scouts of America shooting sports program. He is a member of the American Legion.

The Teals are lifetime Republicans and George has been active with the Douglas County Republican Party since 2000. He is a Precinct Committeeperson, has served as a District Captain, Chairman of Senate District 4, was an appointee to the GOP State Executive Committee and represented Colorado Republicans as a National Delegate at the 2016 RNC Convention in Cleveland, Ohio.

First elected to Castle Rock’s Town Council in 2014, George has earned a reputation as a committed representative of the Town while remaining a fiscal conservative and limited-government advocate. He spearheaded the successful 2017 citizen-lead initiative that allowed residents to finally elect their mayor (winning almost two-to-one) and has consistently worked to allow for more resident input, participation and greater government transparency.

While on Town Council, George has served on every major regional board and government authority, including:

Recently, George was appointed to serve on the Re-Imagine RTD Advisory Committee (formed in October 2019).

He has been working hard for the residents of Douglas County for over 5 years and is considered a common-sense leader who gets things done.

George has worked as a software project manager and IT business consultant since 1999. He’s an Arrow Electronics alumni and has run his own software consulting business since 2004 – specializing in logistics management and supply chain data migrations.

PAID FOR BY GEORGE FOR DOUGCO